A Little Bit About Us

Not far from Bovec, in the very center of the alpine village of Log pod Mangartom and near the world-famous Soča River, there is a restaurant with a long and rich history, which reopened its doors in 2019 in a renewed form.

Chef Tomaž Sovdat and his wife Yuki, gave the old inn a new, fresh concept with a touch of the old.

WHAT OUR CUSTOMERS SAY

Beautifully prepared and presented meal in the shadow of majestic Mt. Mangart. Heard about Tomaž’s place by chance and stopped in route to Bovec for what turned out to be one of our best dining experiences in Slovenia.
READ MORE REVIEWS

A review of our restaurant by Vivi. 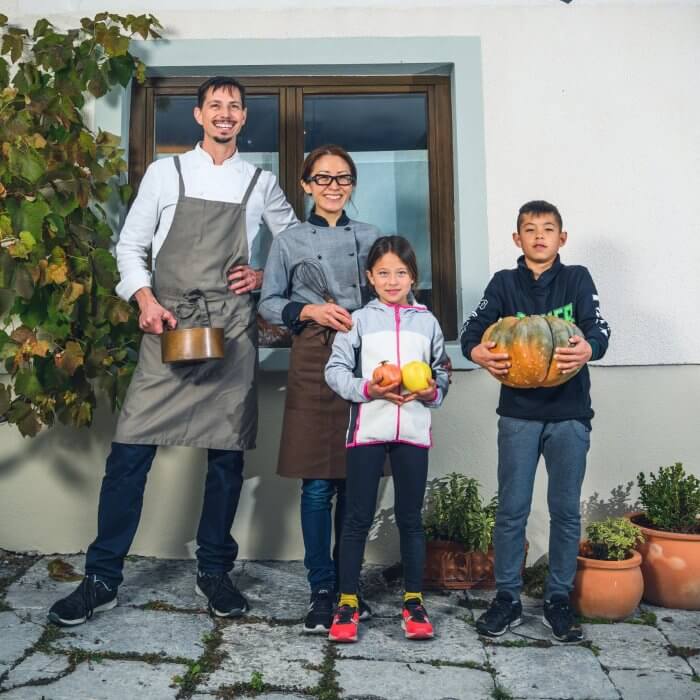 Just as their kitchen is special, so is their story. Tomaž wanted to become a chef from an early age. He started his journey in Bovec and then continued in Italy, where he gained experience in high cuisine.

After returning to his homeland, he first worked at Gostilna As in Ljubljana and then at Hiša Franko for three years. It was there that he met his life partner Yuki, a Japanese woman, who fell in love with the Slovenian cuisine and decided to stay in Slovenia.

They wrote their joint story for seven years at the Dobra Vila Bovec hotel. In December 2019 they turned over a new page. Once a village inn, it has become more than that today, but at the same time it has retained its feeling of homeliness and warmth.

Mangrt Restaurant in the media

Chefs Tomaž and Yuki demonstrated the preparation of macaroons with liver pate and Japanese-style fried chicken for the Pišek TV show.

Articles about our restaurant 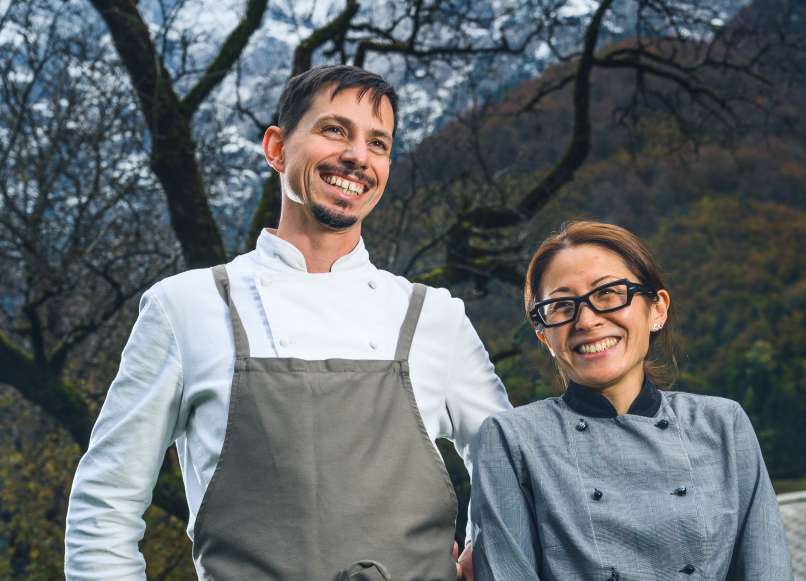 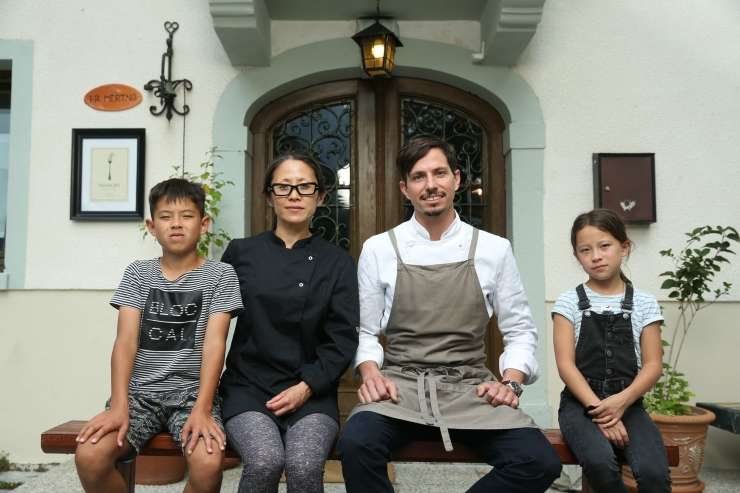 After establishing himself in excellent cooking teams, both at Ana Roš and at the Dobra vila restaurant in Bovec, master chef Tomaž and his wife Yuki decided on an independent entrepreneurial path.

Dear guests, our restaurant will be closed till the 4th of March due to annual leave.